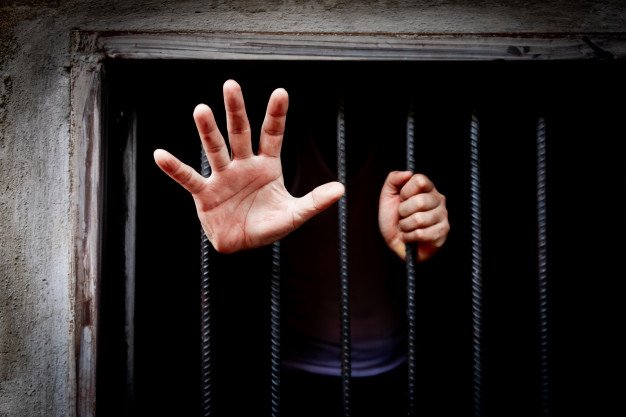 I don’t think I have ever spoken about prison until I started working in the correctional space in 2012.

For eight years I have visited few correctional centres in Nigeria where we are working and one in Zimbabwe courtesy of #EconetZim.

About 85% of the people in jail are youths, some are poor, some are rich, some are educated, some can’t even read nor write, almost all tribes and religions are found in jail. They are human beings, someone’s brothers and sisters, someone husband or someone wife, people’s uncles and most importantly they are citizens of a nation. The big question is why crime? Does anyone wake up and say today I want to commit a crime and end up in jail?

In about eight years of working in this space, I have met different people with different criminal cases. I have met condemed criminals; though I didn’t interact with them. I have seen people arrested for culpable homicide, I have seen armed robbers, cultists, innocent folks. I have seen someone who is in jail because he stole a phone. Only recently I had a chat with a guy with twenty one years sentence, as we talked he seems to learn alot of lessons and he willing to face squarely when release.

Athough our libraries in different correctional facilities can serve anyone who wants to read, we can’t serve everyone though. Our classes take few people who we can work with in the space of four months. After a set of inmates’ graduate , we admit new intakes. Are we doing much? I guess we are doing our best and the magic happens in identifying and connecting with the people we want to empower. This has led me to have eaten the food in jail- recently in one correctional facility, an inmates was eating groundnut, he rushed to greet me and then he offer me his groundnut. Without reservation, I gladly ate it.

So far in this journey, I can tell you about amazing correctional officers. I can tell you about the things that needs to be improved in the prison system. I can also tell you the type of skills acquisition programs that should be encouraged in prison. I am also elated to share that there are folks whom we have worked with that are out and are doing well. Sadly, some released inmates that we worked with have gone back to crime with one or two persons back to jail. I’m very familiar with how some folks while in jail will do everything to prove to you they are changed, yet after they are released, they go back to crime.

Here’s a true-life story of a young man I met in jail. The guy looked very stubborn outwardly and he acted like that sometimes. But deep within him, he seemed to want to get close to me and learn. He joined our class for sometimes and then he left. Some of the greatest influence some inmates are having in jail isn’t from people and NGOs like us. It’s neither from religious people nor is it from the officers-even though all these groups of people are playing significant roles in influencing them. These inmates are often influenced by other inmates that are like a support system to them. If they are privileged to have a support system that will encourage and inspire for good that will be great. But this young man had a support system that was encouraging him into more bad habits. When he was released, he came to my office to appreciate me with a little token. After a while, I heard the news that he was burnt to death in a place he went to robbed.

Very sad ending. A life and potential lost to crime. Did he have any choice? I can say most definitely he had a choice. Did he use his choice wisely? In his eyes I guess he might have thought that was the wisest or smart thing to do.

Correctional diary comes up again next week, till then don’t forget “To be the change you want to see around the world”