Going to prison shouldn't be the end of life, but a start of a new beginning in the right direction.

“When we educate and train a prisoner, we are making the society safer and better for all”

Dream Again Academy empowers inmates in prison to constructively utilize their and energy while in incarceration to add value to them.

According to a 2010 study of recidivism in Nigerian prisons conducted by Dr. Chiedu Abrifor of Olabisi Onabanjo University, Ago-Iwoye, Ogun State, there has been a persistent rise in the trend of released ex-convicts going back to crime in recent years. The rate was 35 percent in 2007, 44 percent in 2008 and 52.4 percent in 2010.

We empower our students to Dream Again. 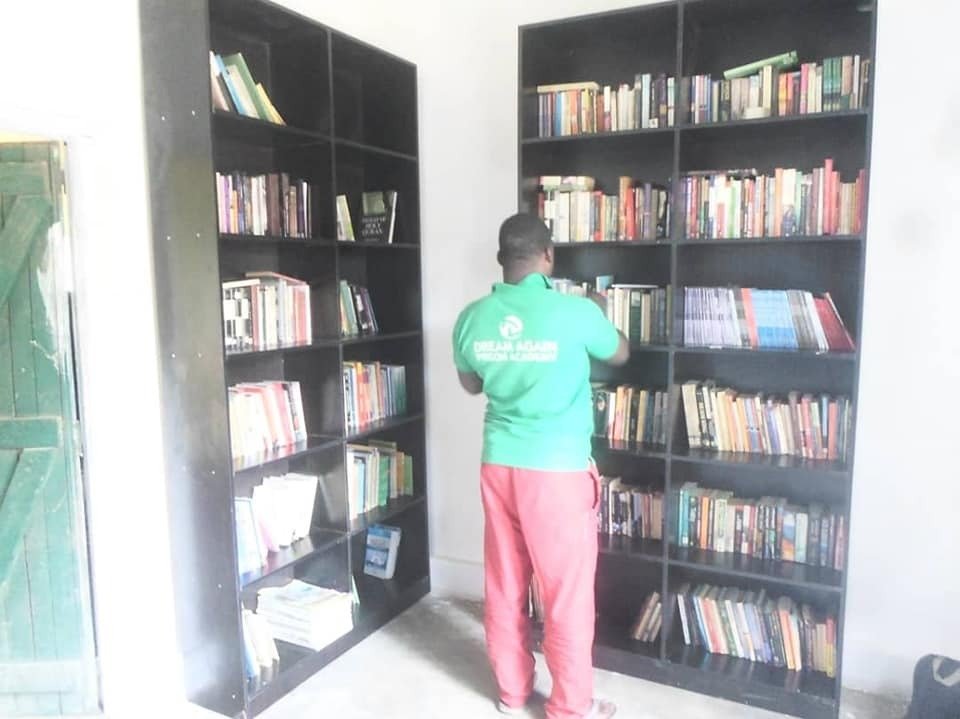 We set up library in prisons and with our progressive educational program that runs in prison; we help inmates in prison to constructively utilize their time and energy to add value to them so that when they are released, they can become asset to their family and our nation at large.

This dream starts to live precisely in 2012 with establishing the first functional library in Otukpo prison, Benue state, Nigeria, West Africa. With book donations trickling in from quotas, with a high hope of reaching five thousand (5000) books target for every library the organization establishes for each prison across Nigeria, and later beyond. The organization was officially registered with the corporate affairs of Nigeria in 2014. 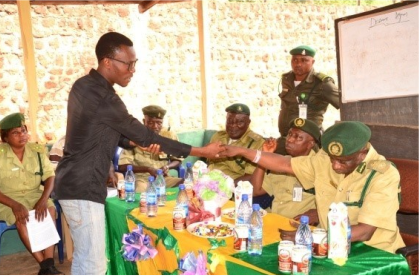 FROM ADAMU OYAHKILOME BASHIRU CORRECTION DIARY. No one desires to be in jail, we don’t pray for people to go...

TODAY DREAM AGAIN JOIN OTHER NGOs, FBOs and CBOs IN FULL SUPPORT OF THE YELLOW RIBBON CAMPAIGN AGAINST THE STIGMATIZATION... 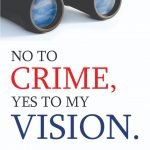 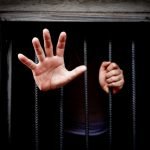 I don’t think I have ever spoken about prison until I started working in the correctional space in 2012. For... 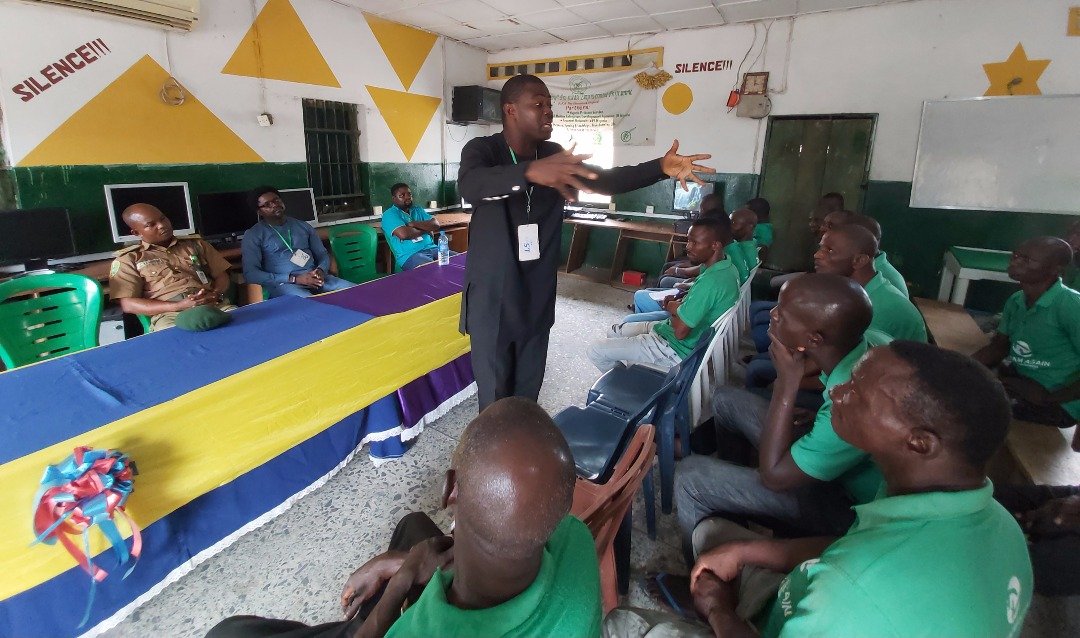 From Prisoner To School Owner.

While in prison he joined Dream Again Prison and Youth Academy class.With this background education through our Dream Again Academy class, he connected to his passion of starting a school. Upon his release, he started his own school on 2nd September 2019 with the name Great Kids International School, with about 82 pupils.Within two weeks, they grew to 162.By the third week, his school had grown to a numerical strength of391.He has since started a secondary school, and his group of schools now boastsa staff body of 15employees.

He Started His Small-Scale Business After Prison

Worthy of note is the humbling story of one of the Dream Again Prison Academy (DAPA) students, Mr. D.O, whospent six years, two months and ten days in prison.After his release, he started a charcoal business with NGN 5,000 (equivalent to $15 at press time) given to him by his younger brother. His first turnover was NGN15,000 ($44), while his subsequent turnover increased to NGN40,000 ($118). Due to some hiccups, he took a break from this business, but he returned with a bang! Just recently, he sold his charcoal for NGN200,000 ($526). As of now, he has bought a brand-new bike for NGN120,000 ($356), which he is using for his transportation business, earning daily returns. He also paid for a provision shop with NGN18,000 ($49), bought goods worth NGN60,000 ($157) and successfully employed his younger sister to work in the shop.

From Prisoner To Organic Farmer/Farm Manager

Here's the story of our student aftercare service for ex-con C.E.P., who had spent over six years in prison both in Makurdi and in Otukpo. He joined the Dream Again Academy in 2012. His passion for learning and his leadership traits while in prison made him to rise to the post of Dream Again Secretary until his release from prison. As a leader of the foundation among his peers, he helped in coordinating other students (prisoners) for sessions, taking attendance and ensuring they were well- behaved. Upon his liberation, C.E.P. showed great interest in agriculture and its value chain; so, in order to help him become a professional farmer, Dream Again Prison and Youth Foundation secured sponsorship for him to study Organic Farming and Green House Construction in Saki, Oyo State. He also learnt local manure production. He has since graduated,gained experience as a farm manager in Abeokuta, Ogun State and now runs his own business on the platform of his registered company.
Read All Stories