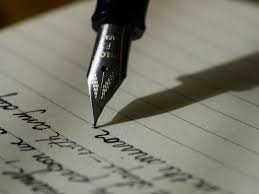 In our quest to bring reform in the correctional system in our country since 2012, I started from a place called Otukpo in Benue State, I’ll find time to write about Otukpo in another diary but today my focus is on sharing about an inmate that helped me in jail.

When I started to follow my passion to bring transformation to my friends in jail, I was consumed by passion for positive change and a desire for reward, yes you had me clearly, it was a reward from State or local government.

As a corps member then one of the reasons for doing personal community development service was simply because we wanted automatic employment or monetary reward, I wanted all of these but got none from the State I served Benue, even though my project was legendary, setting up the first library in a prison that was built in 1923 was a brilliant idea but still, I didn’t get any of the results I hoped for but I didn’t give up.

In this journey I have experienced ups and downs, I have been in lack and want, I have been falsely accused and I have been discouraged and felt like quitting.

One faithful day, I was hungry I can’t remember if I trekked to jail that day because I have trekked there on several occasions which is about fifteen minutes or so away from my house.

I’m not sure how I was able to say it, during the class that I was hungry, to be honest, I’m not sure but after the class, I didn’t know where I’ll get my next meal, but something remarkable happened after the class. One of our students walked up to me and gave me one thousand Nigeria naira, wow that was a big breakthrough for me, that was how I was able to find food to eat that day.

I chose a path that wasn’t popular, I chose a path that i didn’t even know what was ahead of me, I chose a path that I didn’t have a clue of what I was truly involving myself in, I only chose to do what did for a reward and yet the reward I expected from the state government didn’t come but individuals from the community stood by me, walked and are still working with me on this journey, today I’m grateful to that inmate that has made an indelible impact in my life by ensuring I didn’t spend the whole day in hunger, he was my angel that day, what he did for me can’t be forgotten so I decided to capture it in appreciation to him in this diary.

Until I come your way again next week with another diary on my journey in the correctional space.

Don’t forget “To be the Nigerian, you want to see around the world”